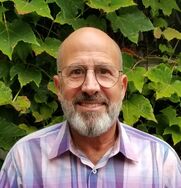 In addition to his work with The Wingspan Project, Jeff provides psychotherapy as well as consultation and training to other mental health professionals.  His current practice is the newest professional iteration of a career that spans almost four decades:  first as a recreation therapist with young people in foster homes and residential care and later with young people who had run away from home or were homeless.  Even at the beginning of his career, he realized the impact of early and prolonged experiences of trauma.  Later, he became a social worker and his work expanded to providing therapy to individuals, couples, families, and groups.  He continues to work in a way that is trauma informed, LGBTQIA affirmative, intersectional, creative, and relational.

Immediately prior to his return to private practice and founding The Wingspan Project, Jeff spent over14 years as the co-founder and CEO of Live Oak, Inc., an organization providing psychotherapy services to individuals, couples, and families, and consultation, supervision, and training to social service professionals and organizations.   In addition to his work at Live Oak, he was  adjunct faculty at the University of Chicago School of Social Service Administration, and UIC’s Jane Addams College of Social Work.

When not at work---and even sometimes when he is at work---Jeff blogs, writes poetry and essays, paints, takes photographs (some of which are on this website) and gardens.  He also volunteers doing adoption home visits for a dog rescue organization.  He would be fostering dogs as well, but any more than 120 pounds across three dogs is more than he’s allowed to have at home. 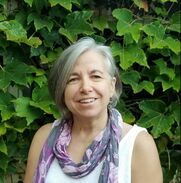 Melissa has over 30 years of experience in capacity building positions for not for profit organizations. For over 20 years, she worked in programs that serve runaway and homeless youth. The last 10 years her experience has included providing resources to organizations and programs that provide access to health care . Melissa has experience developing and implementing staff and volunteer training programs. At The Night Ministry she worked with a team of dedicated staff to develop a community based and shelter based program for runaway and homeless teen parents and their children. As the Vice President of Mission Fulfillment she developed a performance measurement. In her current position, Melissa is working with 50 free and charitable clinics in Illinois to increase access to quality health care for the uninsured and underinsured in Illinois. ​ 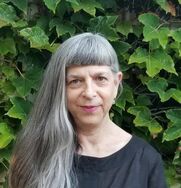 Lynn began her career as a graphic designer and eventually found her way into the retail world through her first love:  fibers, textiles and knitting.   She bought a retail business, Knit 1, in 2009.  Lynn is especially interested in women's issues, civil rights, history, politics, Judaism and Jewish issues.  Her store is also a community where Lynn frequently opens the space to people and groups promoting issues that align with her values. Her other passions in include dogs and the human:animal connection. 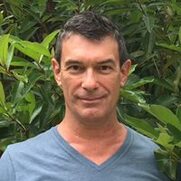 Chris’ direct service social work experience has been primarily in residential treatment of children and youth and mental health.  He has worked with homeless and runaway youth, children in the child welfare system, people with HIV/AIDS, and homeless individuals with severe and persistent mental illness. He has extensive experience as a clinical consultant and trainer, working for Jeff Levy and Live Oak Chicago for more than a decade.  He was also a research associate at Chicago’s Howard Brown Health Center, the largest LGBT health center in the Midwest.  Chris was the Florida State Chapter National Association of Social Workers Social Work Educator of the Year in 2014.  Since 2010 he has worked for Hearts in Motion, an Indiana-based NGO, in its humanitarian work in Guatemala.  Chris resides in Guatemala City. 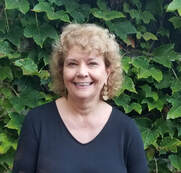 Maureen has extensive experience in management of not-for-profit organizations and in clinical practice.  In addition to her work at Cathedral Counseling Center and at the Women’s Chemical Dependence Program, she has held positions in psychiatry and addictions treatment at Rush, Northwestern, and Martha Washington Hospitals in Chicago, as well as Chelsea Community Hospital near Ann Arbor, MI.  Prior to her career in social services, Maureen was a high school English teacher in Ann Arbor, MI. 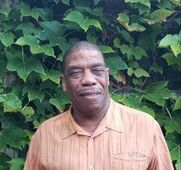 Armando has more than 30 years of leadership and counseling experience with Chicago area agencies such as The Night Ministry, Teen Living Programs, Mile Square Health Center and AIDS Foundation of Chicago.  He has served on the Board of Directors, as well as several Board Committees, of the Alliance to End Homelessness in Suburban Cook County.  Armando has trained and consulted for the Office of Minority Affairs and as a Program Monitor for the Division of Administration for Children and Families of Department of Health and Human Services.  He has also provided extensive training in the United States and abroad in such areas as Adolescent Health, Cultural Competency and LBGT issues.

Gordon has more than 35 years of social service experience in the areas of program development, staff development, and operational leadership. His direct service social work has been primarily with runaway, homeless and at-risk youth, and youth in the child welfare system. He has served on national and international boards and has presented workshops on trauma sensitive, solution focused crisis intervention, and emerging communication technology locally, nationally, and internationally. He increased the national awareness, response and services to victims of abuse as a founding member of The National Hotline Consortium, which included: The National Domestic Violence Hotline, National Center for Missing and Abducted Children, National Human Trafficking Hotline, ChildHelp Hotline, Victim Connect Hotline, and the Rape, Assault, Incest National Network. 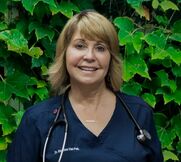 Rae Ann co-founded Family Pet Animal Hospital in 1990.  She graduated with honors from the University of Illinois' College of Veterinary Medicine in 1987 and opened Family Pet with the goal of providing the highest quality veterinary care, which demands professionalism, compassion, and a personal touch.  Additionally, she served on the board of directors for the Chicago Emergency and Specialty Center (now MedVet Chicago) as Vice President and subsequently as President from 2002 until 2015 to ensure patients had the best specialty and emergency care available to them.